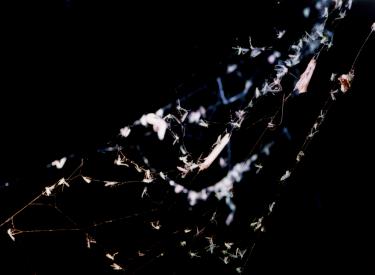 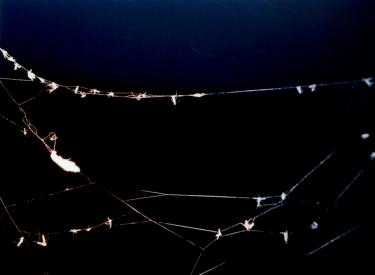 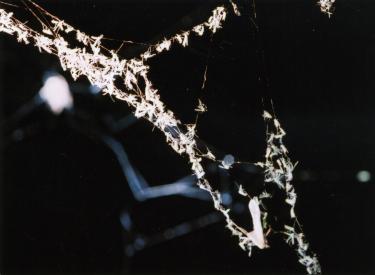 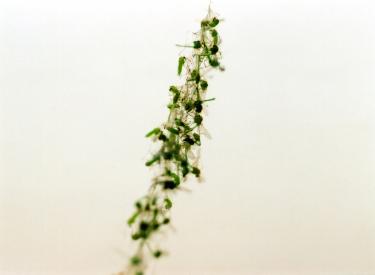 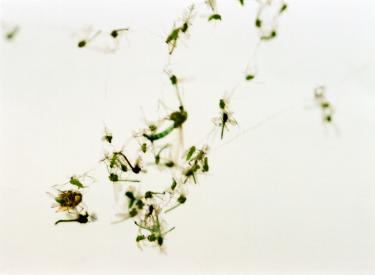 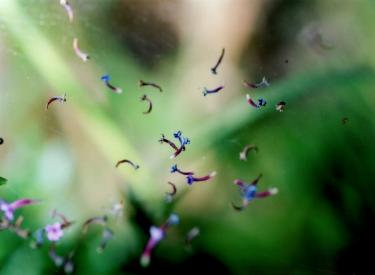 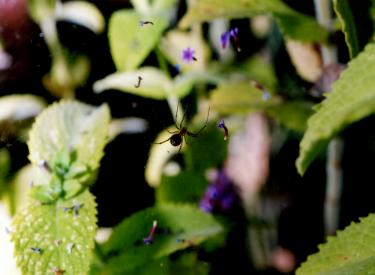 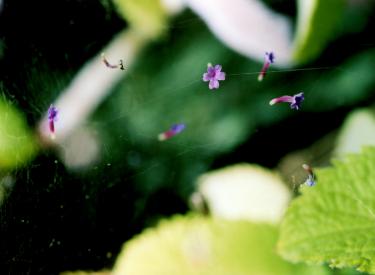 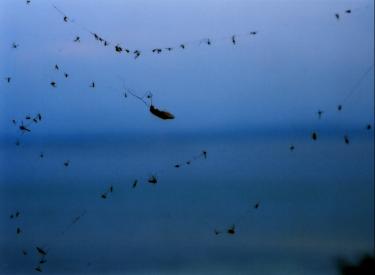 Gallery Bob Gysin is pleased to present Teresa Chen’s latest photographies and video clip ‘it ain’t where you’re from, it’s where you’re at: BE(COM)ING SWISS’.

Teresa Chen’s new photo series CAPTURED moves in between the poles of beauty and mortality. The high level of abstraction causes substance and nature to disappear and keeps the viewer having to guess the object’s origin. And even if there is certainty about the photos’ content, the exhibition’s visitor will become aware of the object’s alienation.

Teresa Chen’s large-sized photographies - the artist works analogously only and spares any digital modification - provide a new and odd aspect of the microcosm’s unspectacular and thus transform our perception deeply. Where we would expect a spider in the net - cruelly lying in wait for its prey - we find a flower that - accidentally caught in the web - constitutes an absurdity.

Both, the format as well as the lighting caused by thematizing the issue of day and night provide the images with a three-dimensional appearance.

Being based on personal experiences, the video clip ‘it ain’t where you’re from, it’s where you’re at: BE(COM)ING SWISS’ addresses the topic of ‘being different’, which the artist has experienced in two respects - as a Swiss-American artist and as the daughter of Chinese immigrants in the United States. Chen does not push her own point of view to the fore but allows immigrants to have a say about their experiences and findings in Switzerland. She interviewed people from various countries such as Bosnia, Turkey, Tunisia, Morocco, China, Congo, Peru, the US or the Czech Republic.

The questions asked can only be made out by the answers given - the artist stays on the sideline deliberately. The way she investigates on the reasons for immigration and for staying result in a narrative video clip, in which the track ‘it ain’t where you’re from, it’s where you’re at’ - presented by US-American musician Rakim - is the mainly soundtrack.

LIMINAL SPACE (‘limen’: Latin for threshold) is a term used to describe a situation of transition and ambiguity. LIMINAL SPACE indicates a place where bounds dissolve, where transformation between separation and reintegration takes place. The exhibition LIMINAL SPACE expresses the polarities within Teresa Chen’s works. As photographer, she on one side records events and objects related o everyday life - however, being alienated by extreme close-ups. This is contrasted by the artist’s examination of ‘being alien’, which is presented in the video.

Death of a Butterfly