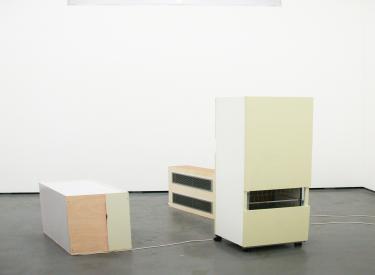 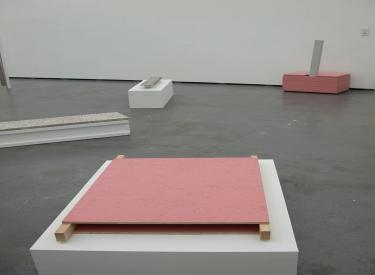 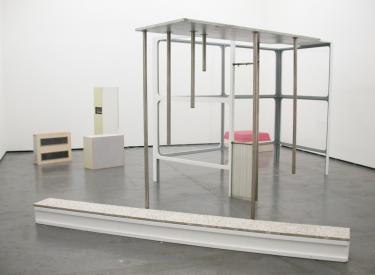 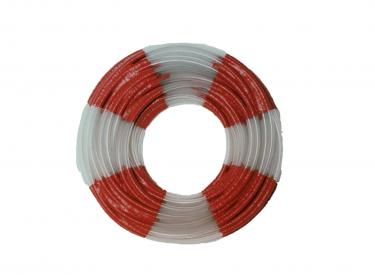 The cooperation between Bessie Nager and Galerie Bob Gysin began in 1993 after Bob Gysin had discovered her works for the first time around 1991 in a group exhibition. An intensive and fruitful cooperation developed: Five successful exhibitions followed, the opening exhibition at the new location in Zurich in 2000 was dedicated to her (together with Carmen Perrin). In the course of the years the gallery showed numerous installations and presented the works at various art fairs. Due to a competition she had been invited to, Bessie Nager received the order for an ample space installation in a retirement centre in the town of Stäfa devised by Architects Gob Gysin. Unfortunately, it turned out to be the last cooperation with the architect and gallery owner. The second part of the artistic activity in the same object, the Room of Silence, was actualised by Bob Gysin according to the artist´s plans and models shortly after her death.

The diversity in the artist´s work is impressive. Her work is compiled by the various media such as photography, sculpture, video and installation. Despite the divergent media there is a leitmotif connecting the pieces of work. The artist challenges the contemplator, he is supposed to take a closer look, a second one, circulate the piece in order to not merely capture it visually but also physically. The contemplator turns into a part of the work.

In the present exhibition we introduce you to Les Voyageurs Immobiles II, part of the second Voyageurs series; the first part Les Voyageurs Immobiles I was already presented in the past exhibition in the gallery in 2008 as well as in the single exhibition dedicated to the artist in the Kunstmuseum Solothurn in 2009. The alignments of both installations refer to paintings of Malevich. Eight Rectangles – Red on White was the initial position of the first series. The arrangement shown here in the gallery, in turn, is based on Malevich´s composition – this time in a very vague and open way. This installation is composed by various, separate objects based on parts of a Zurich tram which were changed in their function and are given a different, new character as the installation broaches the issue of physical sensitivities in the context of being on the way. Being standing and leaving an impression (Trixi), waiting (Waiting Hall), getting on, sitting and carry together (Arch of the Covenant). These objects which can be experienced physically are accompanied by boxes that carry information.

The compilation of a few works from the artist´s earlier creative periods depicts her versatility. The light boxes show a wild dream world where one has to learn to get along. Out of the recent works, none broaches out as much the vision of a different world where the images of animals and humans meet in such an enigmatic, almost spiritual way.