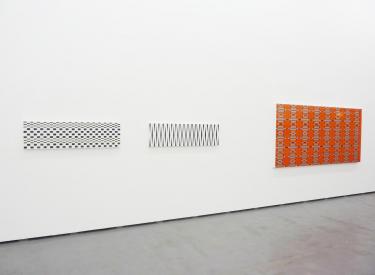 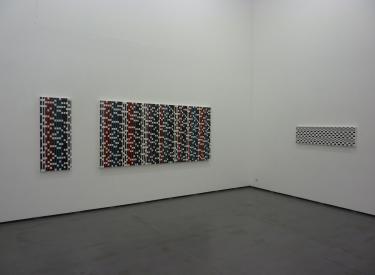 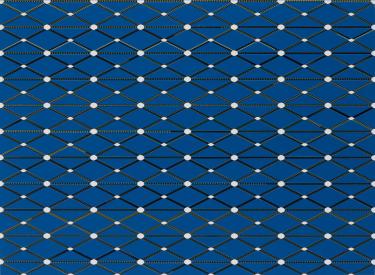 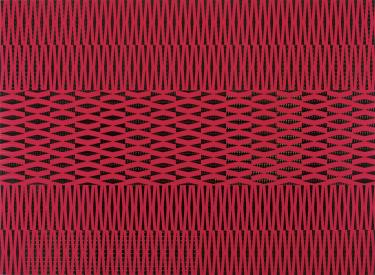 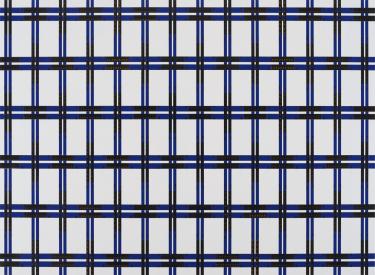 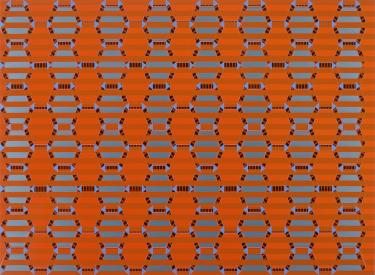 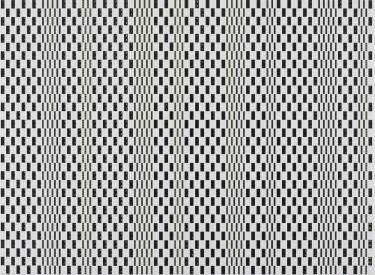 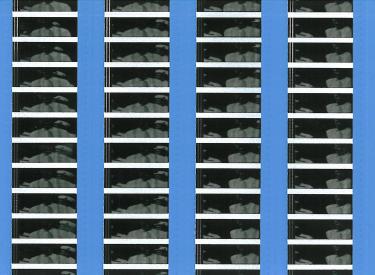 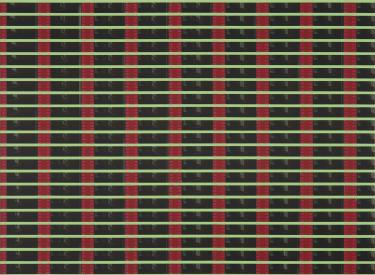 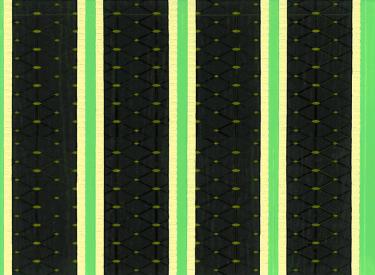 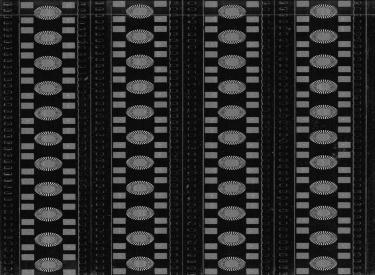 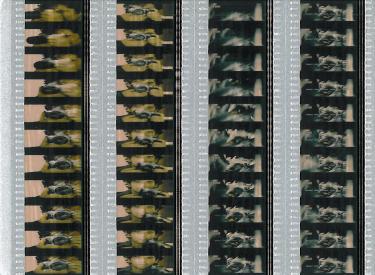 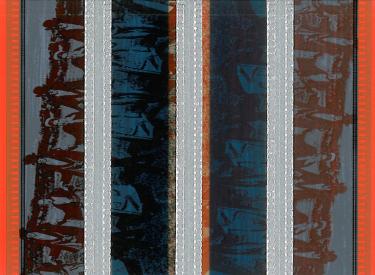 Galerie Bob Gysin is pleased to present Matthias Bosshart’s exhibition move about, containing new works, as well as his latest movie In der Erinnerung (“In Memory”).

Matthias Bosshart’s panels present themselves ornamental with regular structures; recurring geometrical patterns characterize the artist’s work. Over the last ten years, color gained in significance; most of the works originating from earlier creative periods had been monochrome. The works are based on various lacquers that act as covering element. As structuring segmentation, Matthias Bosshart uses filmstrips of 16 and 35mm, which are meticulously mounted on composite panels. The black filmstrips - on closer examination, beholders will recognize that maybe not the movie’s plot but the approach towards lighting can be made out - connotations of ancient times’ design elements or American native or oriental fabrics are generated. The strips form hectagons, lines, triangles and other patterns similar to those for instance found in oriental architecture. Other works again remind us of Information Art and thus on microchip schemes or structures that can only be seen through microscopes or telescopes. The panels oscillate in between micro- and macrocosm and - despite their choppiness - exude rest and order that contain meditative moments.

For 35 years, Matthias Bosshart has been focusing on experimental films. His 16mm films are composed of various - in this case sequences of three different movies: Es ist sehr schön was Du gemacht h from 1996, Fortsetzung made in 2001 and Group de Neuf Baigneurs from 2005, which is based on a black-and-white amateur movie from 1930. The three movies, the origin of which is called ‘found footage' have been mounted into slide frames by the artist - shot by shot. These slides are then projected on the screen by a projector and filmed in a different sequence by using a 16mm motion-picture camera.

At the gallery’s entrance room, the movie’s negative version (on DVD) is shown in a loop, while the positive version is presented as infinite loop (16mm movie installation) in the main room.

The movie’s plot relates to the topic of memory - how does the artist remember the three movies five, ten and fifteen years ago? The memory aspect has been incorporated in form of the black-and-white movie’s images (Group de Neuf Baigneurs) being slid in between the two others as if the protagonist’s thoughts would wander back to former times.

Gripping is the formal severity of the French motion picture (Es ist sehr schön was Du gemacht h) being contrasted by the easiness of the bathing scenes in the amateur movie. The end of the movie, with its purportedly faulty pictures running top-down, creates similar patterns as those shown on some of the movie panel pictures.

Ten different preferential editions (each at CHF 250.-) can be obtained either at the gallery or at www.gbg-galerie.ch.