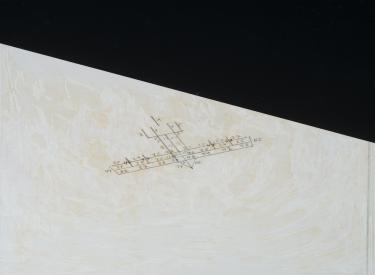 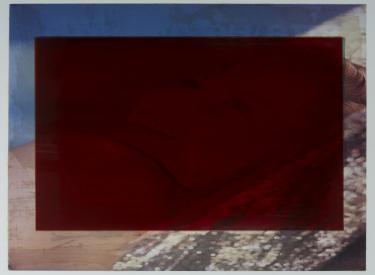 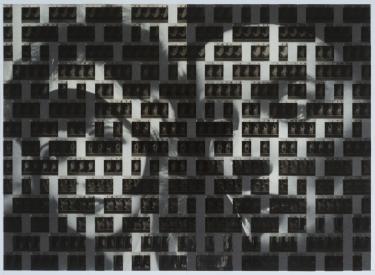 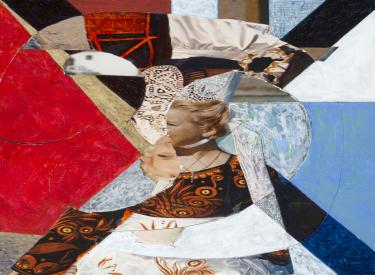 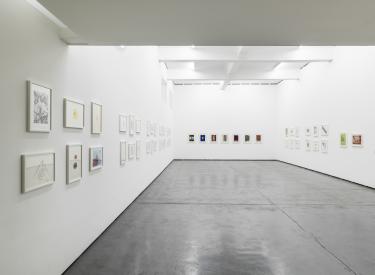 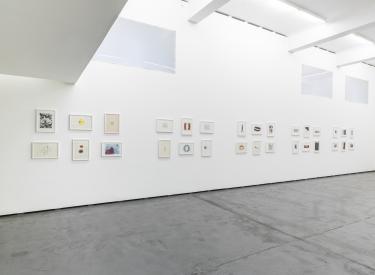 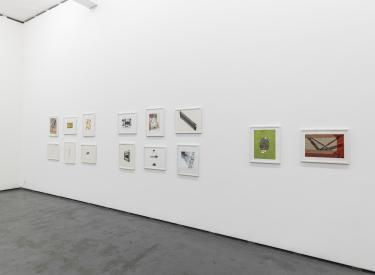 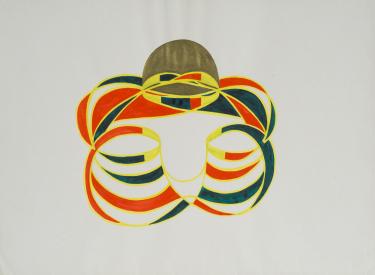 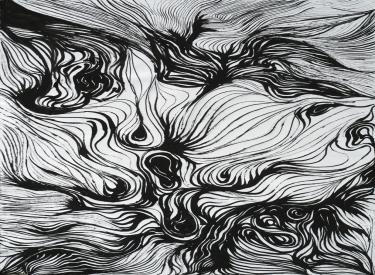 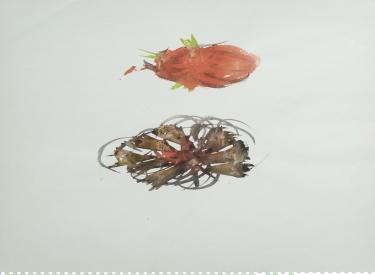 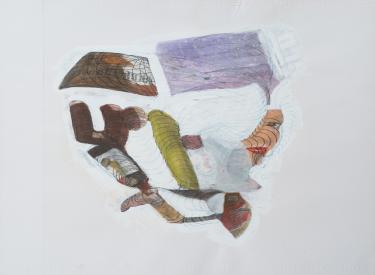 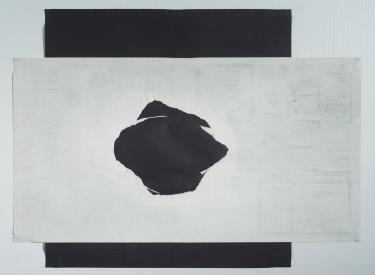 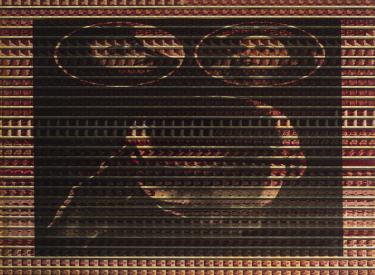 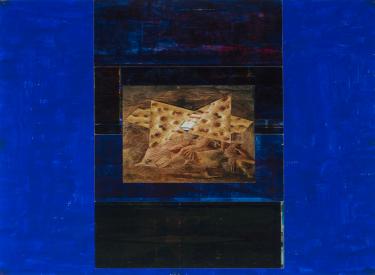 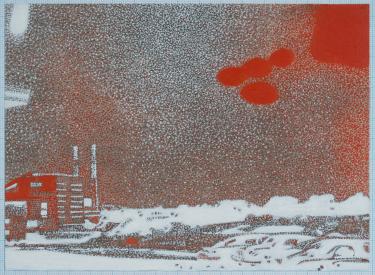 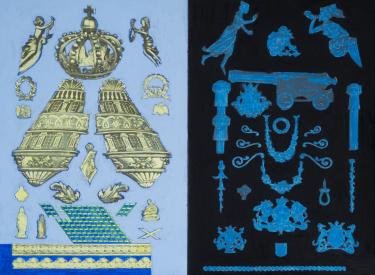 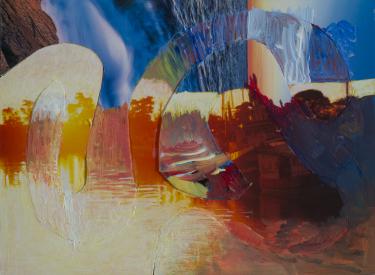 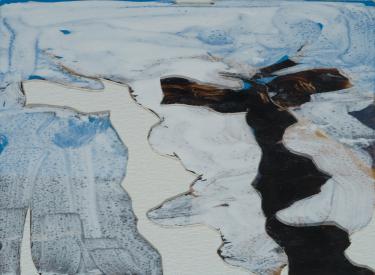 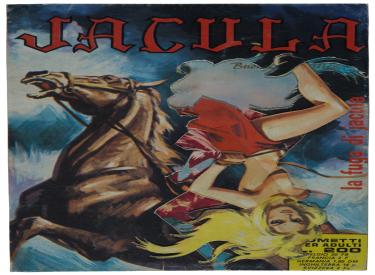 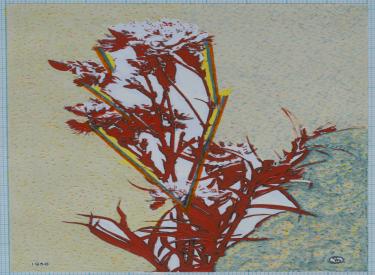 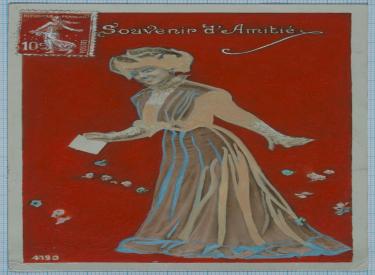 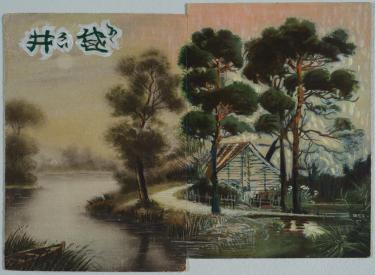 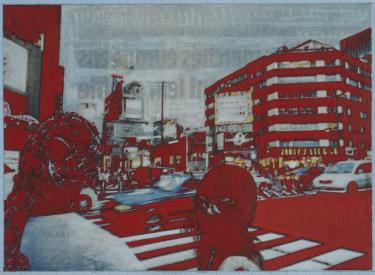 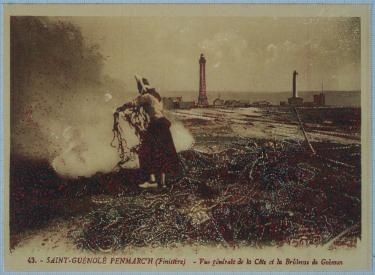 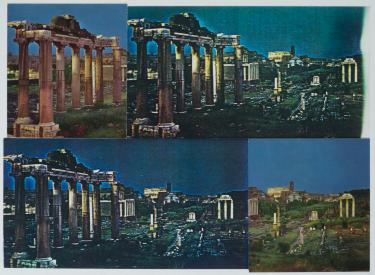 Galerie Bob Gysin takes pleasure in presenting a selection of works on paper by Matthias Bosshart. A number of these pieces will be on public display for the first time ever.

The Zürich artist has long enjoyed significant renown, primarily due to his large-scale film-strip works. The current retrospective includes fifty years of his artistic output on paper[MP1] created alongside or even prior to those works.

His occasionally fragmentary pieces are atmospheric, enigmatic compositions; many of them include two-dimensional objets trouvés. He combines his original visual material with associatively treated fragments. It is the accidental merging of content and form that transforms these small works into precious items.

Bosshart was still a child when his father introduced him to artists such as Hieronymus Bosch, Goya, Klee, Kandinsky and Mondrian. he was especially impressed by Mondrian's consistent journey from Naturalism to Abstraction. Japanese woodcuts by Ukiyo-E artists such as Hokusai and their 'pictures of the floating world' also continue to inspire him.

His early works date from the late 1960s. Travel experiences, studies and scholarships gave rise to three groups of works: extensive travels from summer 1971 until autumn 1978 took him to London for three months prior to an overland journey to India, followed by an extended stay in Turkey in spring 1973. From autumn that year he attended the Fachklasse für Gestaltung in Basel with tutor Franz Fédier. While still an art student Bosshart returned to Turkey in 1975. From summer 1976, he spent two years on a scholarship at the Swiss Institute in Rome, Italy. In 1985 another scholarship from Stiftung Transkultur took him to Dakar, Senegal, for a year.

In 1990 Bosshart received a studio scholarship from the City of Zürich for New York City where he created his first larger works that included 16mm film strips and colour foil on printed paper. They were to lead to the large-scale works mentioned above.

In more recent times, the artist has done less travelling. He spends his summers in Britanny where he creates small collages including treated and overpainted postcards, a recurrent feature in his oeuvre.

The artist's reminiscences and travel impressions enter his works directly and are often reflected with great precision. The current exhibition provides an opportunity to delve into Matthias Bosshart's universe and to become better acquainted with the artist.