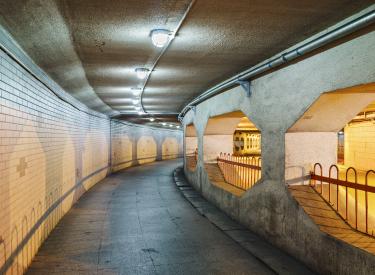 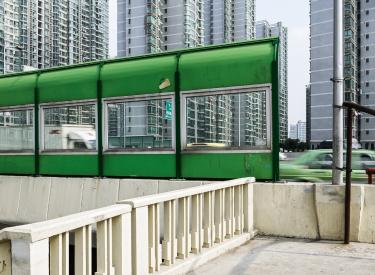 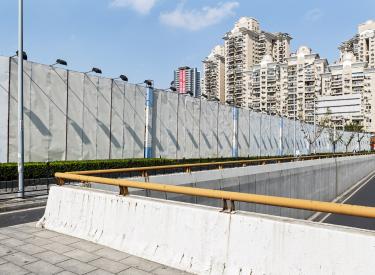 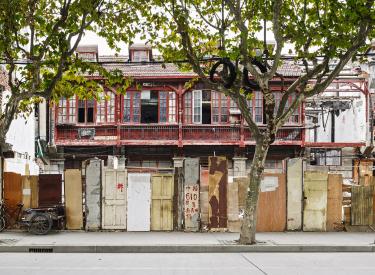 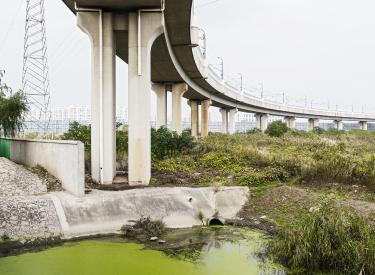 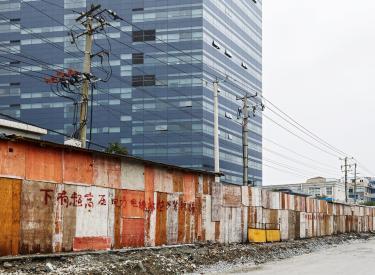 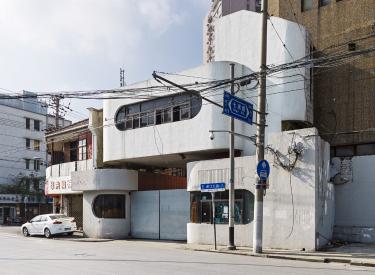 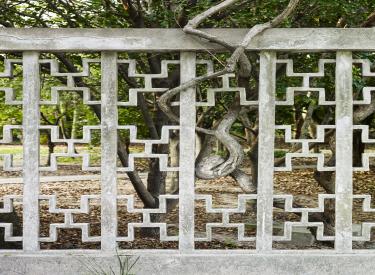 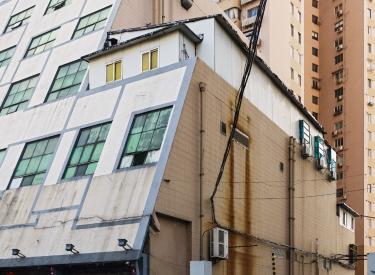 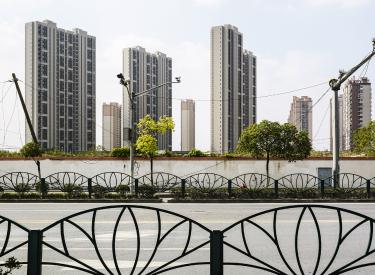 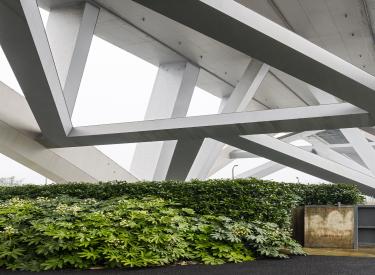 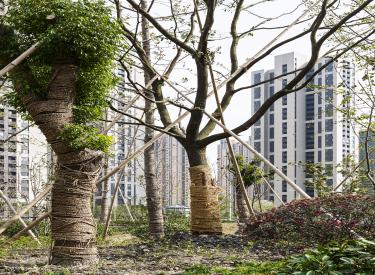 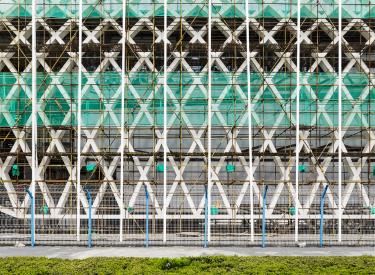 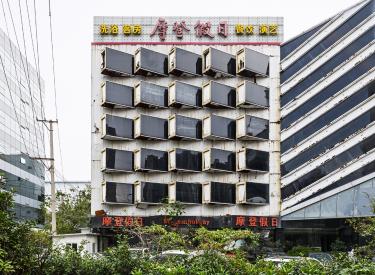 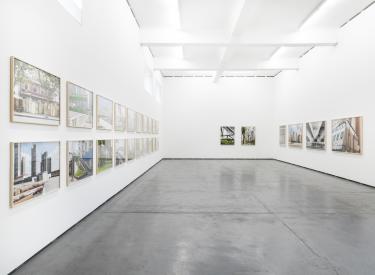 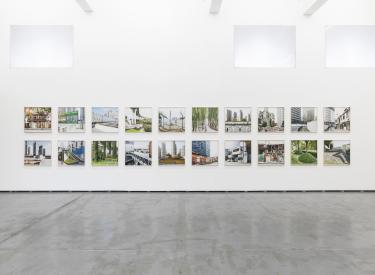 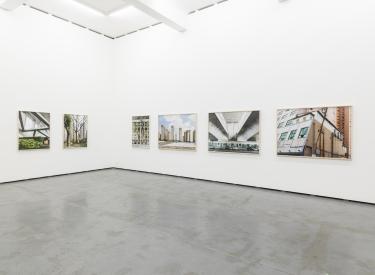 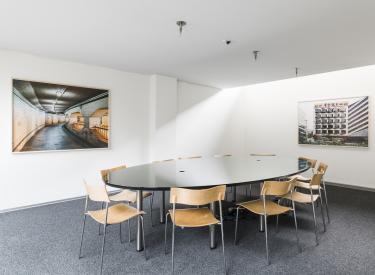 Partitions is Georg Aerni's fifth solo exhibition at Galerie Bob Gysin. The new series emerged from his visits in 2011 and 2013 to China's economic powerhouse, the city of Shanghai.

In previous series, the Zürich-based photographer explored the transformation of some of Asia's vast conurbations including Hong Kong, Tokyo and Mumbai. Interested in spatial relationships and how they affect the mood of a city, Aerni investigates the visual aesthetic qualities of commonplace features. Before he defines the locations where he will take his photographs, the artist takes long, aimless walks from the centre to the periphery, taking visual notes as he 'reads' the city and often spontaneously changing tack.

In other cities Aerni was able to enter courtyards or walk along the rear of buildings, exploring the boundaries between public and private zones. Not so in Shanghai. Like many other Chinese cities, it features vast complexes enclosed by walls, fences or hedges. Most of these 'gated communities' consist of uniform, south-facing buildings closed off by barriers and usually closguarded by concierges in gatehouses, and enclosing interior road networks, parks and recreational areas.

Chinese urban architecture has a long, inward-looking tradition. Of little social significance and only rarely a sign of residents' heightened need for security, this architectural introversion underscores the great significance that the Chinese ascribe to the family and to the collective.

The publicly accessible parts of Chinese cities, their streets, have little if any civic or ceremonial function; their only purpose is to facilitate the flow of traffic and to enable business to thrive. Moreover, the occidental tradition of individuals moving freely across city squares or taking leisurely strolls along boulevards is alien to China.

Since economic reforms were introduced in the 1980s, Shanghai has been expanding both upwards and outwards. To make room for vast high-rise complexes, a lot of its traditional quarters have been razed; most of their residents were forcibly relocated. The city's outskirts have been creeping ever further into a landscape that offers few obstacles. Aiming to reduce air pollution and preserve green areas, Shanghai's authorities have implemented extensive ecological programmes.

Partitions focuses on urban transformation. So many of Aerni's works in this series are visually structured by temporary elements. The ubiquitous barriers can be interpreted as significant symbols of China's unique spatial culture.