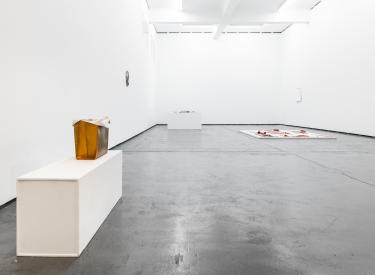 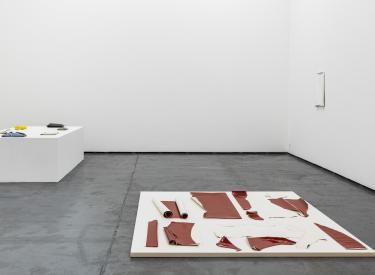 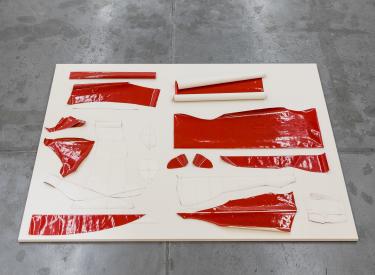 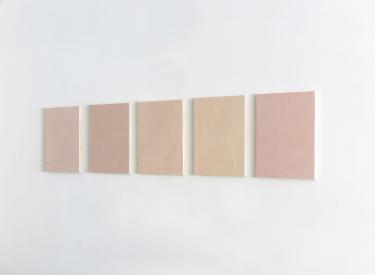 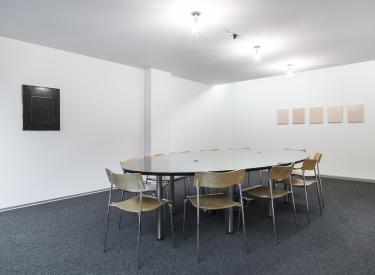 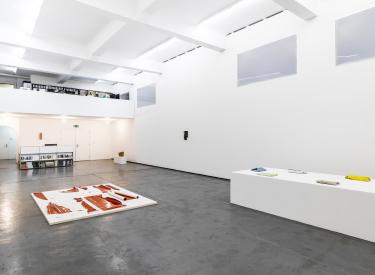 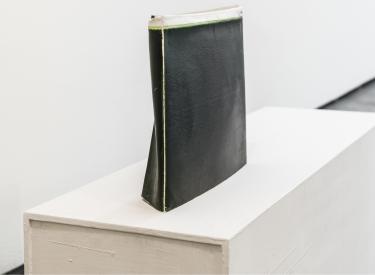 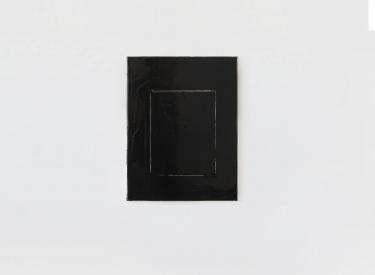 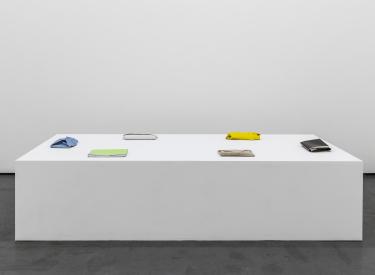 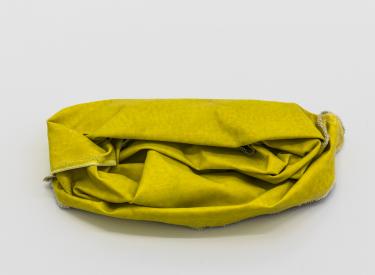 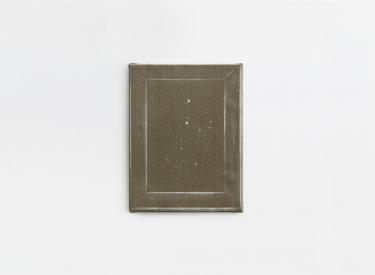 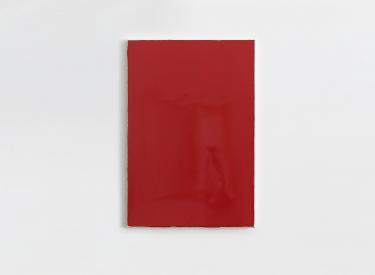 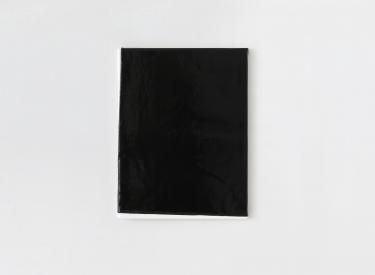 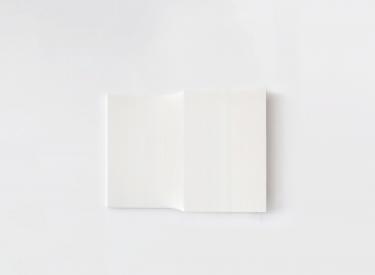 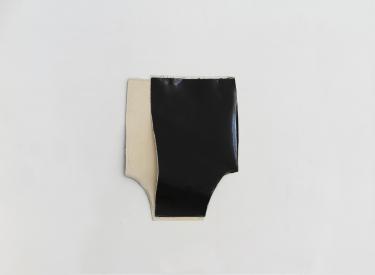 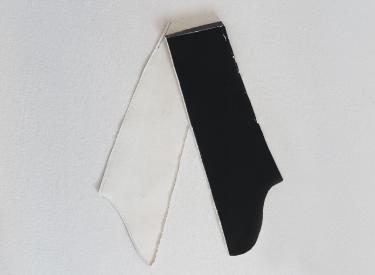 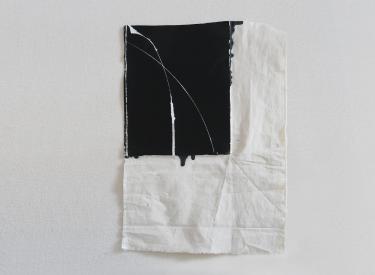 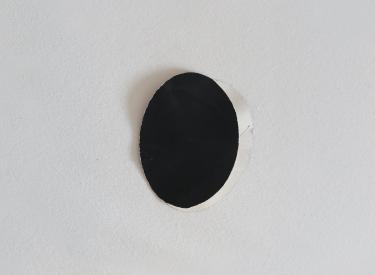 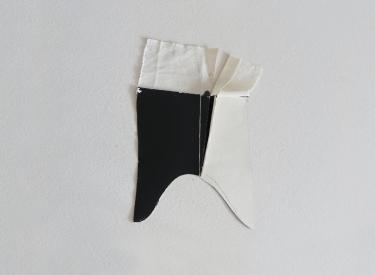 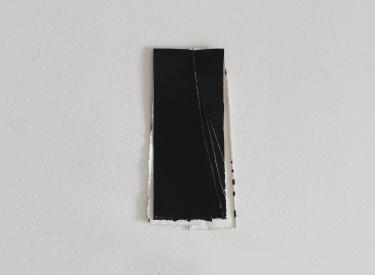 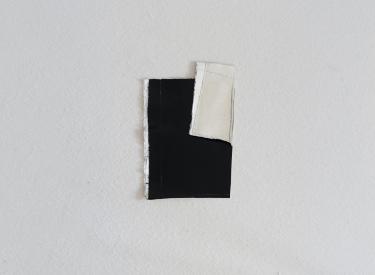 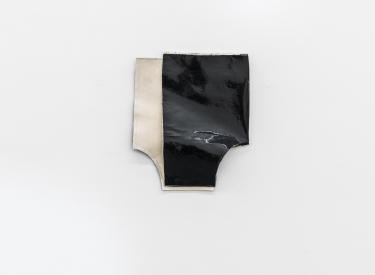 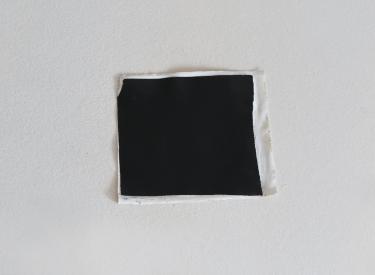 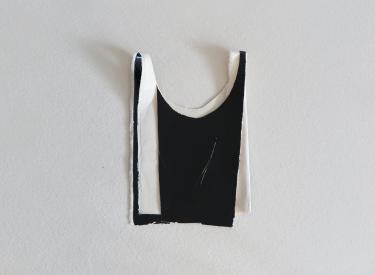 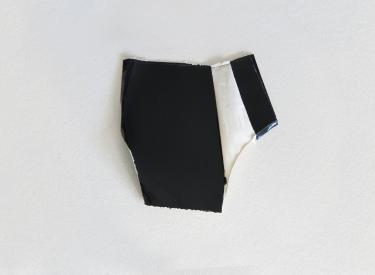 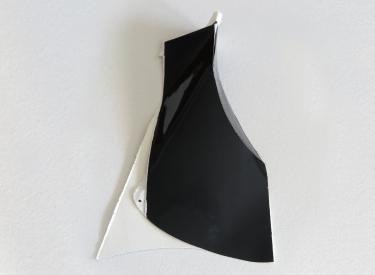 Karin Schwarzbek's most recent pieces constitute a new body of works. While it differs in formal terms from those presented at the artist's two previous exhibitions at Galerie Bob Gysin, there has been an evolution in terms of content. Each piece, while autonomous, forms part of an ensemble and is related to all of its companions in this show.

Painting continues to be a paramount concern to the artist. However, the application of paint has become more relevant, as has its removal evoking notions of archaeological digs. Moreover, while the concept of landscape has grown less important, that of spatiality – of painting as object – has gained in significance. The materialness has shifted towards the centre, situating them somewhere between image and object. In this context, the artist has also begun to dissociate the painting support from its frame, removing her canvases from their 'chassis', sometimes even taking them off the wall, and transforming surface into space.

Schwarzbek continues to leave her works untitled. The pieces presented here are numbered, however, and also provide some information regarding the artist's media and treatments, such as 'folded', or 'sewn'. Moreover, while each one of these works is autonomous in its own right, continuous numbering alludes to them all being part of an on-going reflection.

In a conversation with Sarah Merten in 2014, Schwarzbek noted that it was her intention to enable viewers to experience – if they were so inclined – the spatial qualities of her works, an experience which did not reside within the painting itself, nor within the viewer, but somewhere in the space between the two. She went on to say that she was not, however, intent on provoking a reaction in others as that would be too 'teacherly'. Rather, she felt that there was something magical about this space in-between, to which each painting held a key.

Come and see for yourself!